As an as-of-yet childless woman in my childbearing years, I have often looked at my culture and wondered why so many couples are having children in such rapid succession, by which I mean, having two or more children in as many years; announcing the expectation of the second child at the party for the first birthday of the first child. Although the World Health Organization recommends that for optimal health of both mother and child the spacing of pregnancies should be 24 months after live births and 6 months after miscarriages and abortions, as my peer group aged, more and more of the people I knew came to be these couples. This led me to believe that this was a new trend, a consequence of our instant gratification, want it now, get it now, lifestyle. It also led me to the hypothesis that women are having children in rapid succession, intentionally, in an attempt to attain their own version of the American / Canadian dream more quickly. These queries and non-empathic assumptions, in turn, inspired me to launch a study to discover why women are having children in rapid succession. My results are as follows.

For my study I took a random sampling of North American women, regardless of current age, who have had children born within less than two years of each other using a web-based survey. My main objectives were to find out whether this was a new trend or not, whether these closely spaced pregnancies were intentional or not (planned vs. not planned) and why the choice was made in the event that it was done intentionally. My secondary objectives were to find out how the pregnancies changed their relationship status with the father of the children, the average age of women contributing towards the trend, their personal thoughts on the benefits and drawbacks of having closely spaced children, what daily life was like when their children were very young and if their children were older, how having them close together has impacted their life today.

My first, and most surprising, finding was that this was not a new trend. Of course, when I pondered the discovery I quickly realized that this trend hadn’t disappeared with the implementation of birth control as much as I had previously believed. Within my own family, I have several aunts and uncles born one year after the other in the 1950’s and 1960’s. Women who have had children in the 1980’s and 1990 had also responded to my survey.

The next interesting finding I made was that, out of the woman who took my survey, 50% of them reported that their first pregnancy was not planned; this coincides with current statistical rates in North America. 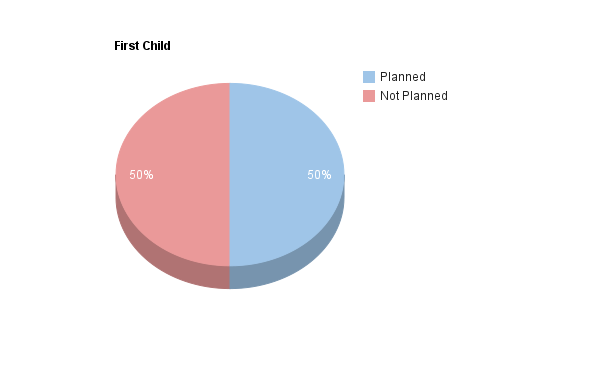 This didn’t interfere with my general hypothesis too greatly as I am not so naïve that I thought all first time parents become so by choice. Although, I did believe that most parents, being older and wiser, have more control over the subsequent pregnancies. This formed the basis of my theory that close spacing was intentional. However, 75% of respondents reported that their second pregnancy was not planned, thus disproving my hypothesis. 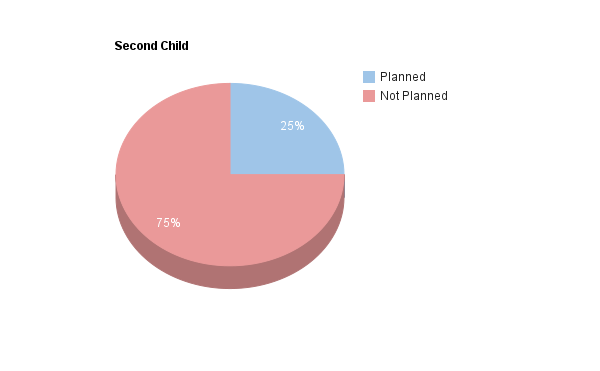 I believe this to be attributed to the fact that the majority of the women who responded to the survey reported a stabilization of their relationship with the father, in that they became married or engaged in conjunction with the first pregnancy, and more stable couples tend to be more lax with their birth control practices.

Though I received responses from women with an array of current ages, they all stated to be between the ages of 21 and 24 when they had their first child.

Interestingly, whether the women in my study said that they set out with intentions to achieve this benefit or saw it as such upon learning that they were going to have a second child, each and every one of them, when asked “what are the benefits to having children so close in age / so close together?” arrived at the same answer: they will have a close friendship. Though their responses when asked about the drawbacks were a little more varied, they all revolved around the common theme of having less time in the day for chores, sleep and general de-stressing than they gauge they would have had if they had spaced their children further apart.

These same women, when asked what life was like for them when their children were young replied, encouragingly, that although “keeping the house running… was a daily battle,” they were feeling “… fulfilled” because “young children are amazing.”  The women who were able to note what their lives were like now were all positive, saying they had learned things like patience and scheduling from their experiences.

In conclusion, my hypothesis that women are having children in rapid succession, intentionally, in an attempt to attain their own version of the American / Canadian dream more quickly, was not correct. Though most women are not willing to admit it to their friends and family in casual conversation, the majority of women who completed my survey confessed that the close spacing of their children was not intentional.

Some other things that would be interesting to research in addition to this study are how socioeconomic factors influence the occurrence of families having children in rapid succession. Also, although it seems that age does play a role in the chances of a woman having a second pregnancy within two years of her first, it will be interesting to see if this holds true in the coming decade now that more women are waiting to have children.