The other day, someone wrote into the radio station I was listening to to say, “winter’s almost over, enjoy it while you can”. It seemed like one of the most alien concepts a Canadian could encounter at the end of a particularly harsh February. It was in direct opposition to everything I had seen while wandering the Internet as I ate my breakfast. I had scrolled past three individual text-over-image posts conveying nothing other than, hey guys, remember bonfires? with thousands of likes each, an ad announcing that spring styles are in stores now!, a recipe for a summer cocktail, 11 Reasons Why We Hate Vancouver Right Now, and several other reminders of how much North America hates winter only a few hours earlier.

After my second year of trying, obstinately, to create an appreciation of winter so I could trick myself into liking it, thereby mitigating my winter sadness, I found this stranger’s words incredibly inspiring. It’s -12°C right now, -20°C with the windchill, but the sun is out and shining through the icicles that hang from every building in the city, the sky is that bright, crisp blue the you only get to see when it’s too cold to snow, the rich, dark brown branches of the bare trees are silhouetted against streets and houses covered in a downy blanket of blindingly bright white snow, I’m wearing a cardigan several sizes too big for me because I stole it from my husband’s side of the closet and I’m happy.

I think a huge part of embracing winter is getting out of the house, by choice, on days like these and spending some time soaking it all in. That’s why when my husband asked me what I wanted to do for my birthday this year, I said “go to the beach”. 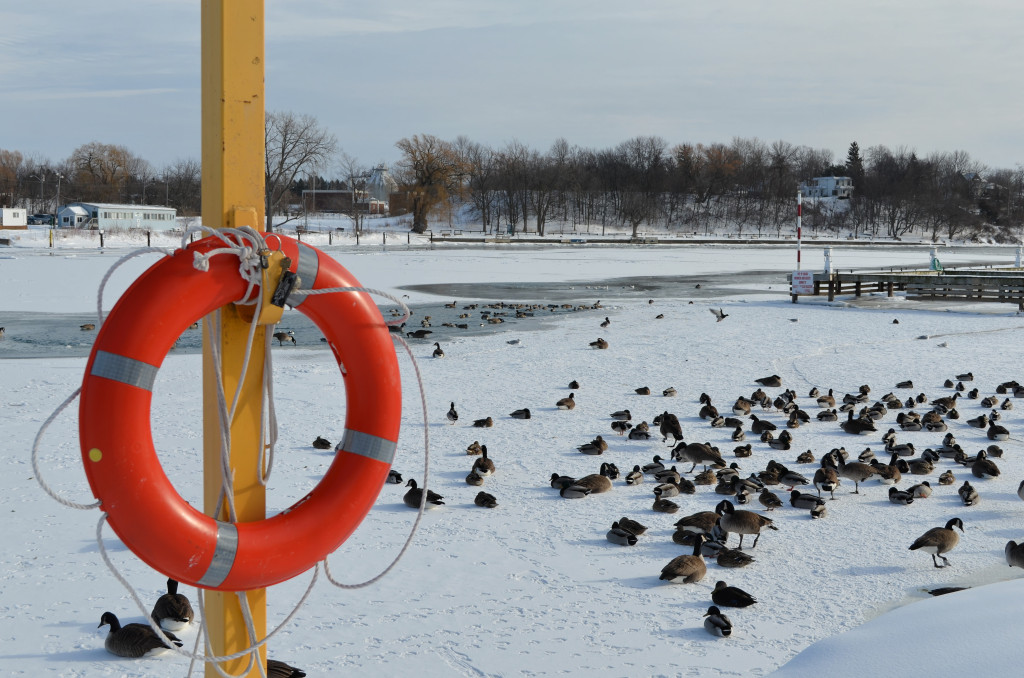 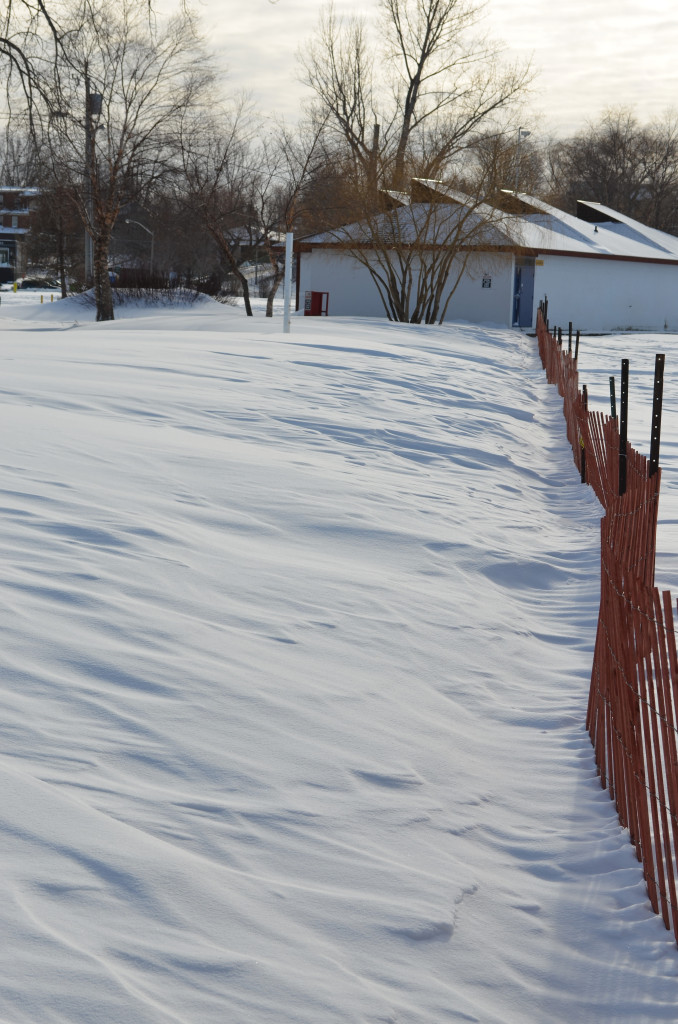 I didn’t grow up near the beach so driving across the city just to see some frozen water was quite novel and exhilarating for me. My friends couldn’t understand why I would do such a thing. 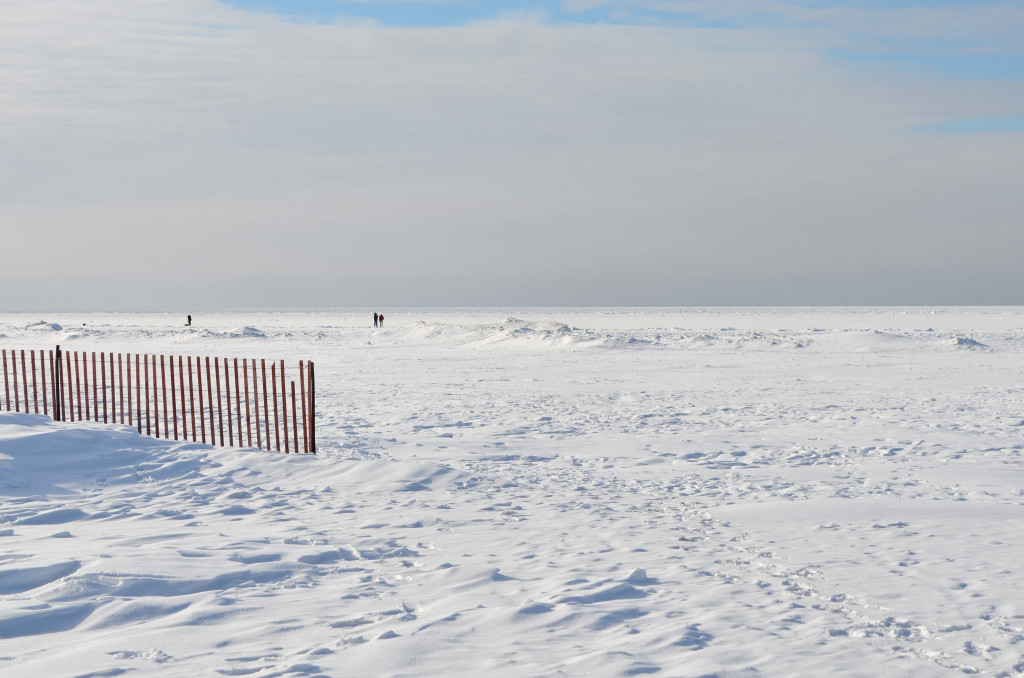 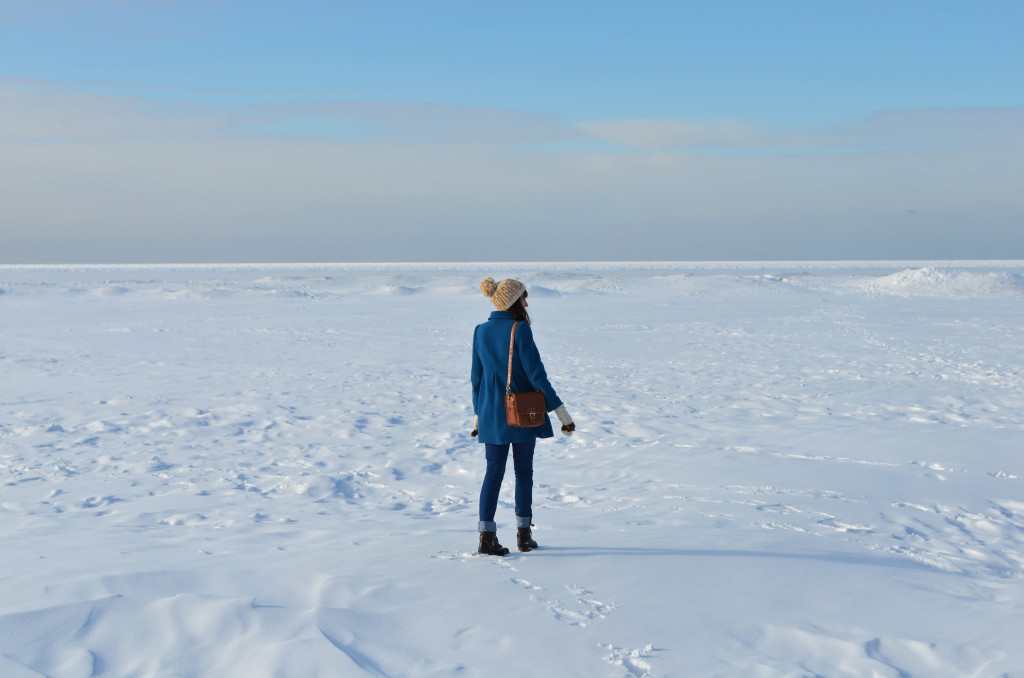 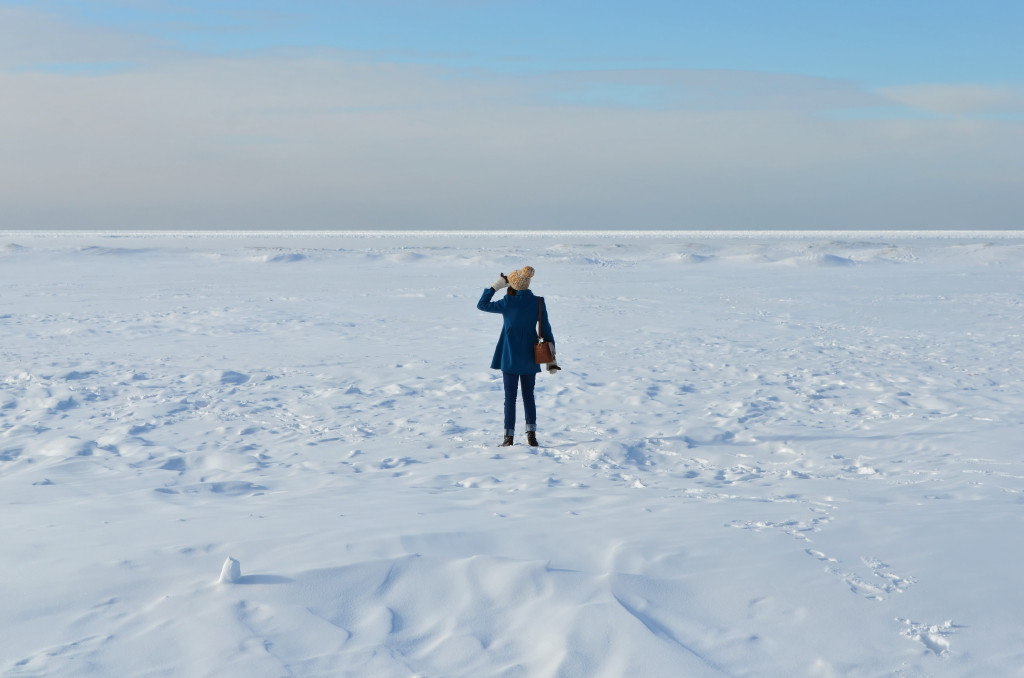 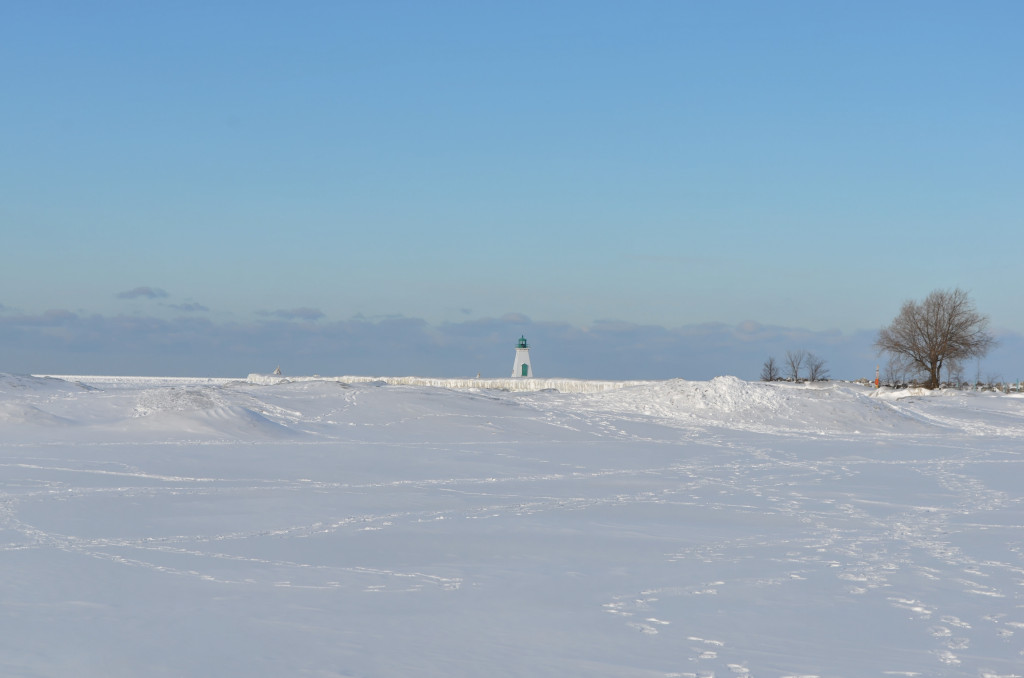 It was quiet. The carousal was boarded up for winter, the obnoxiously buff volley ball guys were gone and there wasn’t a single family reuniting over hot dogs. It was just us, the birds, a few people playing hockey out on the ice and a handful of other couples in the know. It was cold, otherworldly and beautiful. 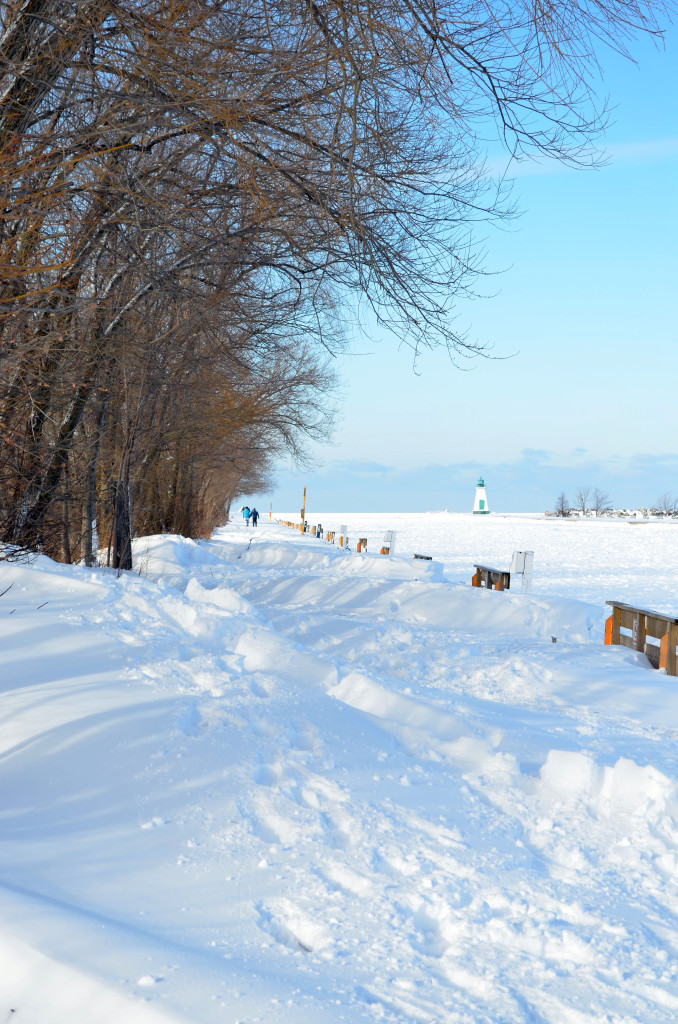