Over the weekend, I reshot The Bacon Dress. I wasn’t happy with how the listing pictures of the troubled dress turned out the first time, but decided to run with them because the dress was already several weeks behind schedule. Like every other stage of creating The Bacon Dress, the original photoshoot was mired with problems. I came to that photoshoot armed with every idea for styling and marketing that came to me during the three months it took to get from concept to sample. Nothing worked. Feeling defeated by this dress, I took the best pictures we had and put the dress up in the shop. Over the ensuing weeks, I began working on the big bridesmaid dress order while attending a few holiday parties decked out in my new Bacon Dress. Now, something happens when you sew four identical dresses, you live several days of your life with busy hands and a quiet mind, I kept finding myself thinking about The Bacon Dress. It was an amazing dress and I received compliments every time I wore it, but I knew that first photoshoot didn’t capture everything I had worked so hard to create. My mind wandered on about how friends hadn’t realized the fabric looked like bacon until they were eating appetizers or sitting down for dinner, they needed an association with food to really see the dress. that’s when the idea struck me, I searched everywhere for pink cotton candy in the dead of winter. 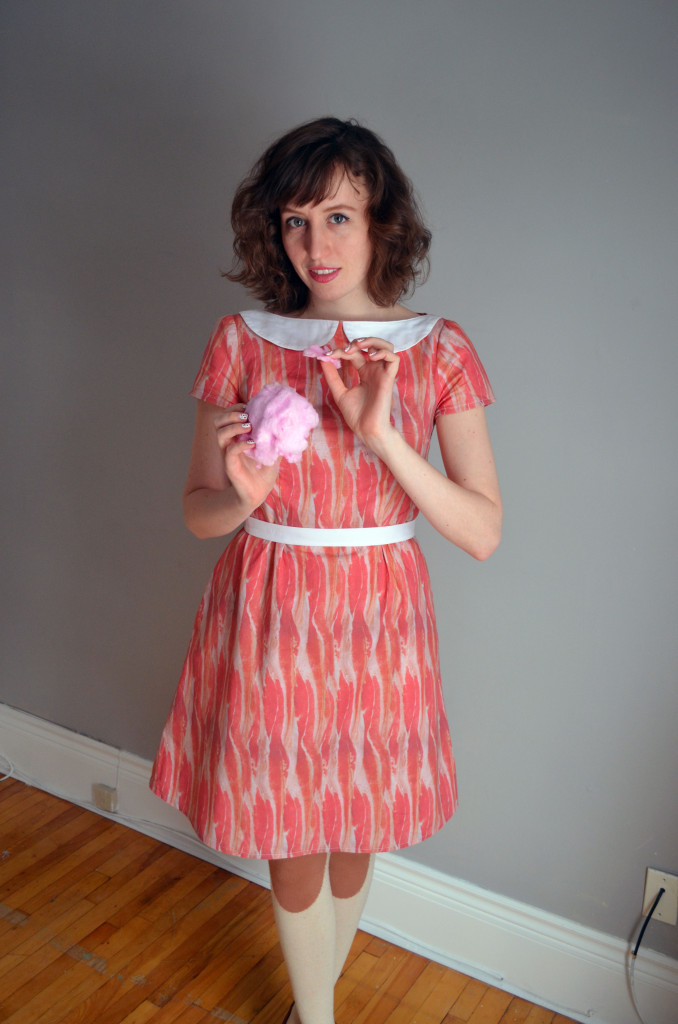 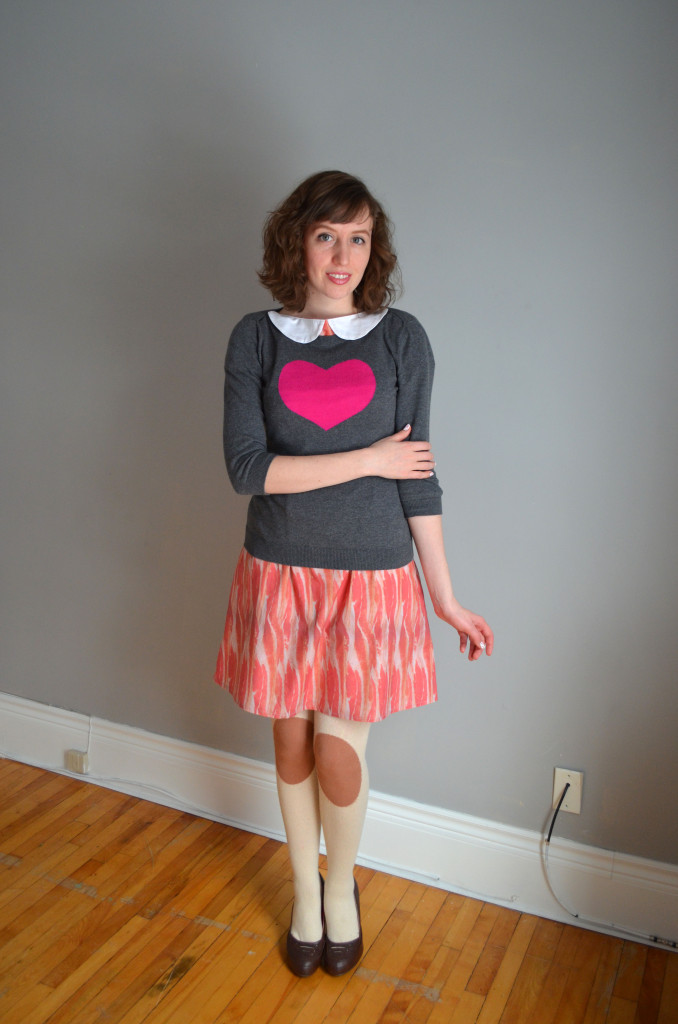 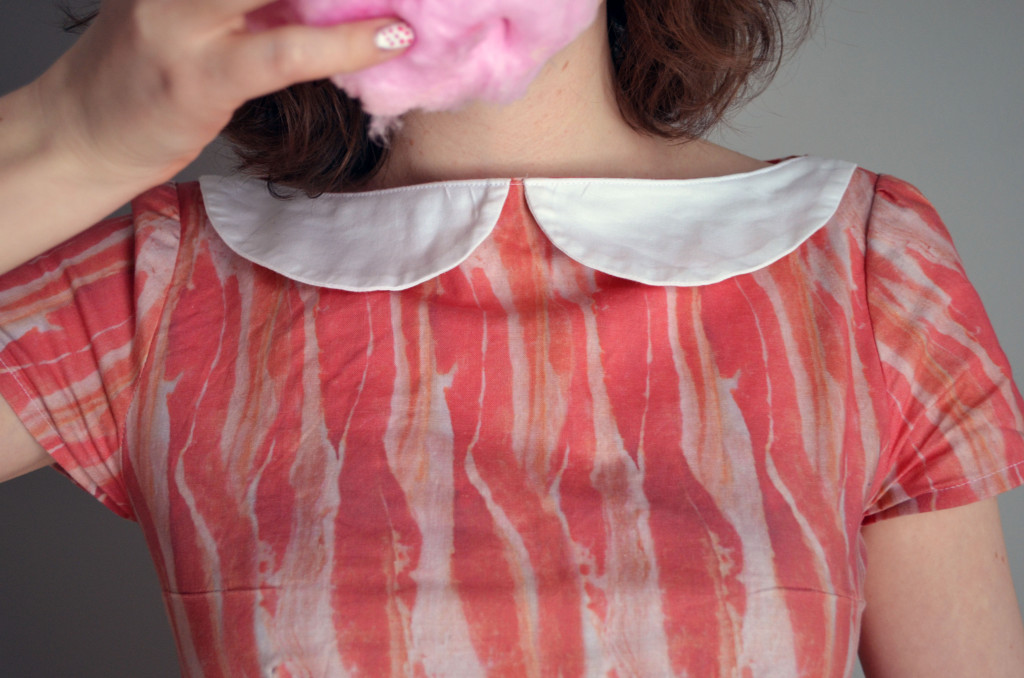 END_OF_DOCUMENT_TOKEN_TO_BE_REPLACED

I’ve always loved September, it’s the only month that brings with it an abrupt change of season. The weather cools down enough to dress up a little without being uncomfortable, there are new, rich colours and textures to get excited about and an academic sophistication seems to sweep over everyone. 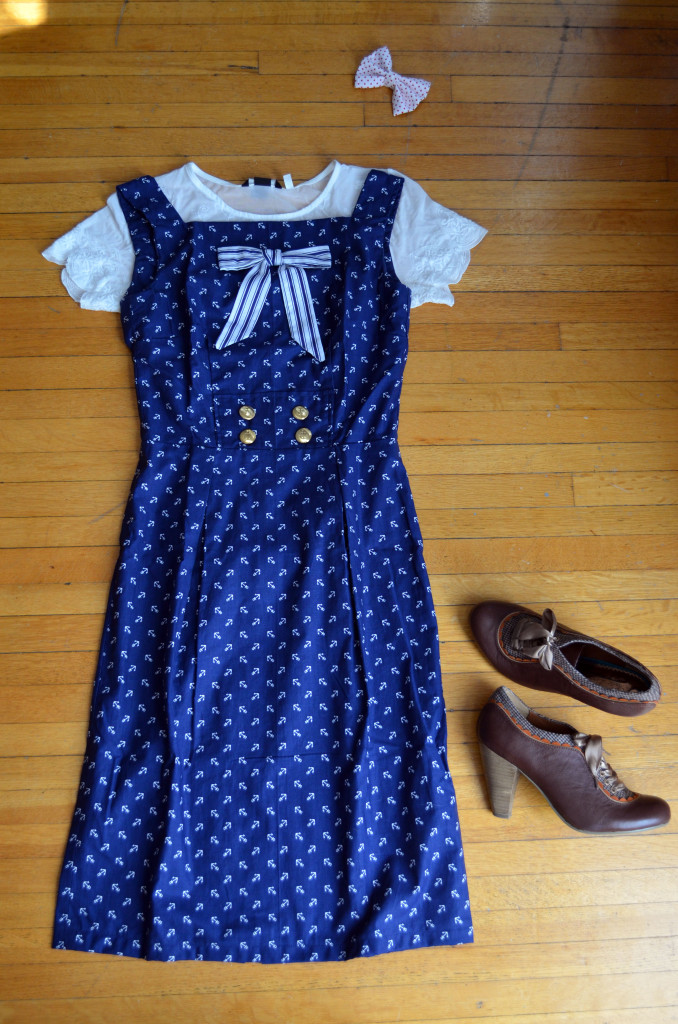 Sheer top under a sleeveless dress with oxford pumps and a hair bow.