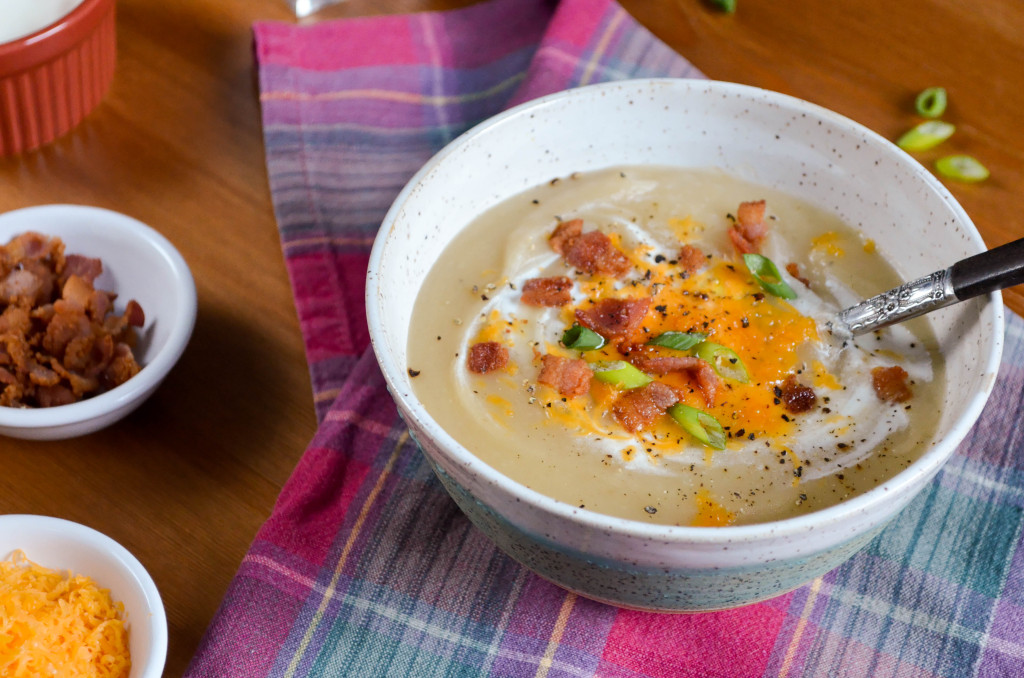 I started experimenting with this simple potato soup a few years ago. This version of the recipe was first developed at the cottage and quickly became a favourite among my friends. I love making it for a large group and serving it, still in the pot, with lots of little bowls of garnishes surrounding it so everyone can have fun customizing their own bowls.

The soup is quite simple and comes together rather quickly. The potatoes can be baked several hours ahead and left to cool until you are ready to assemble the rest of the ingredients. 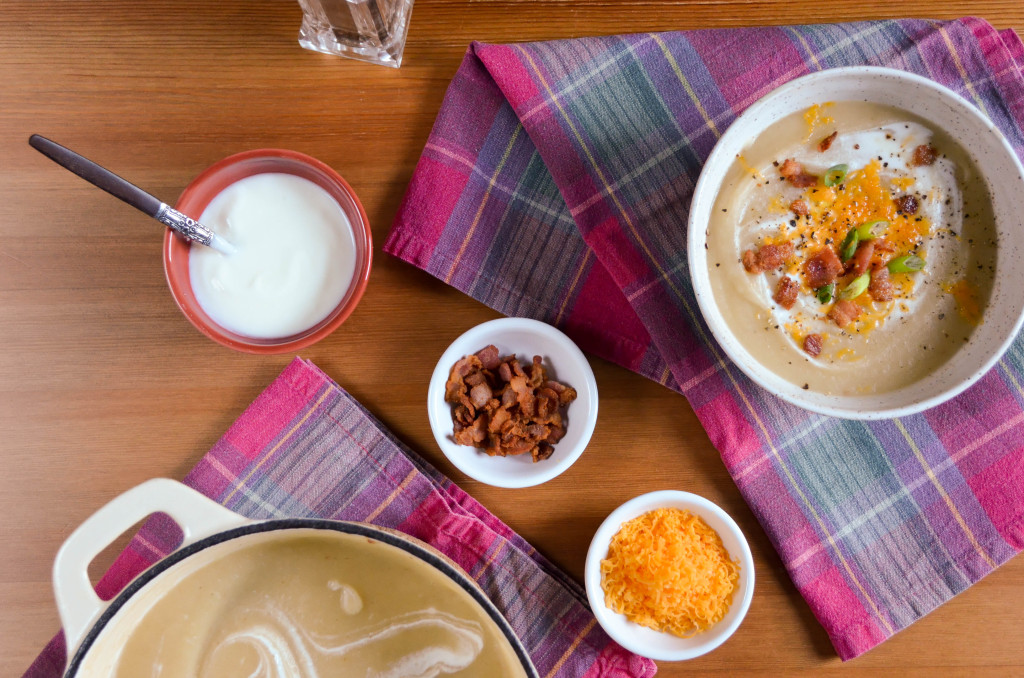 Things happen quite quickly, so you’ll want to have all of your ingredients ready before you get started. 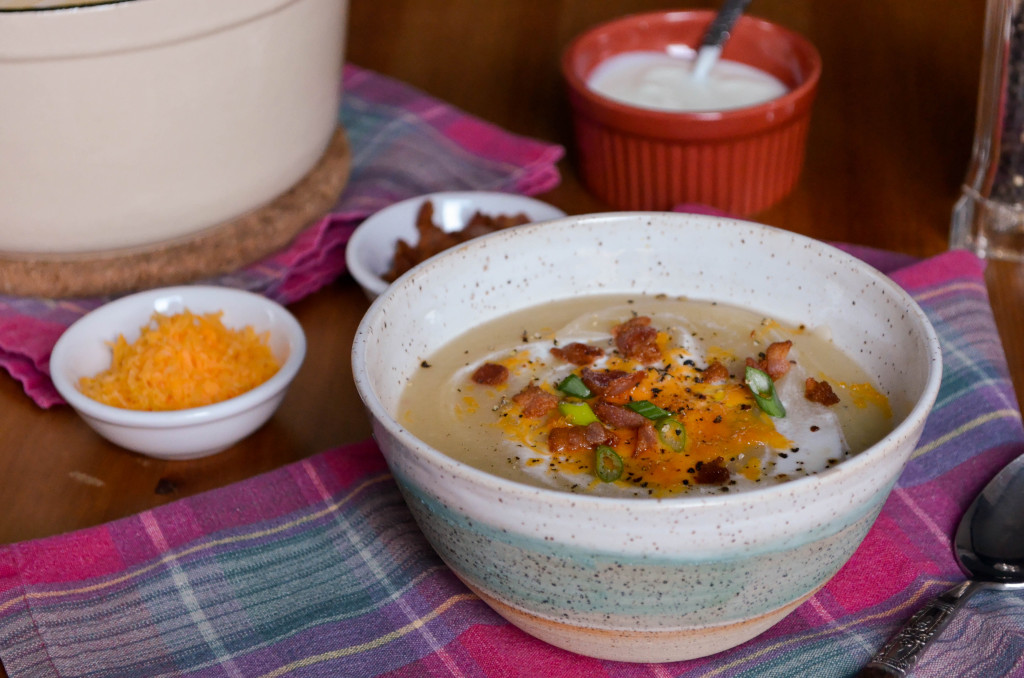 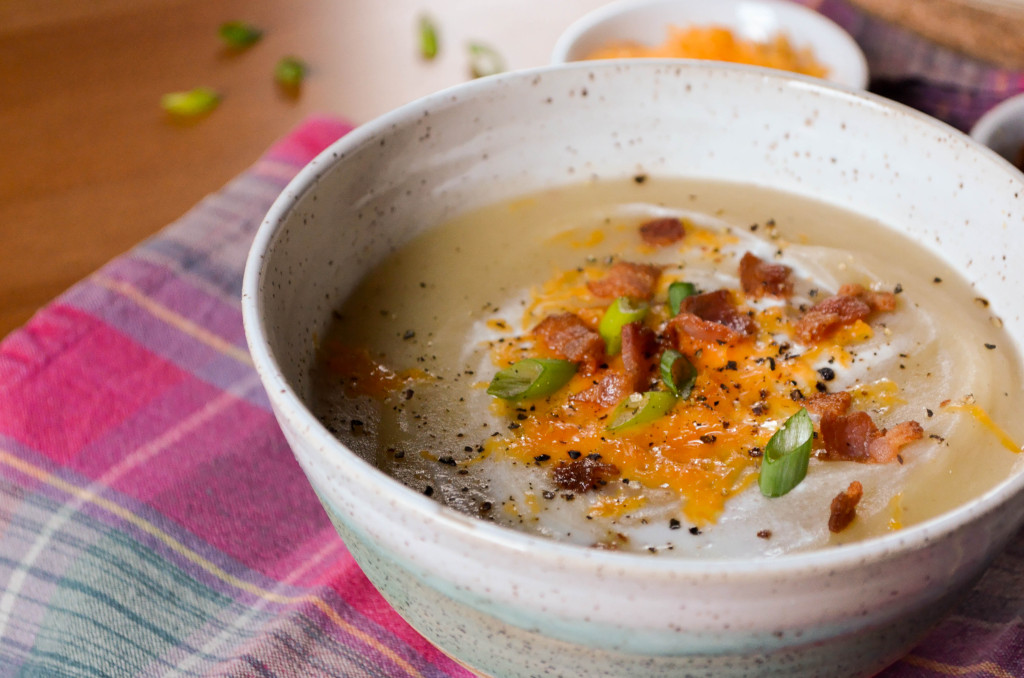 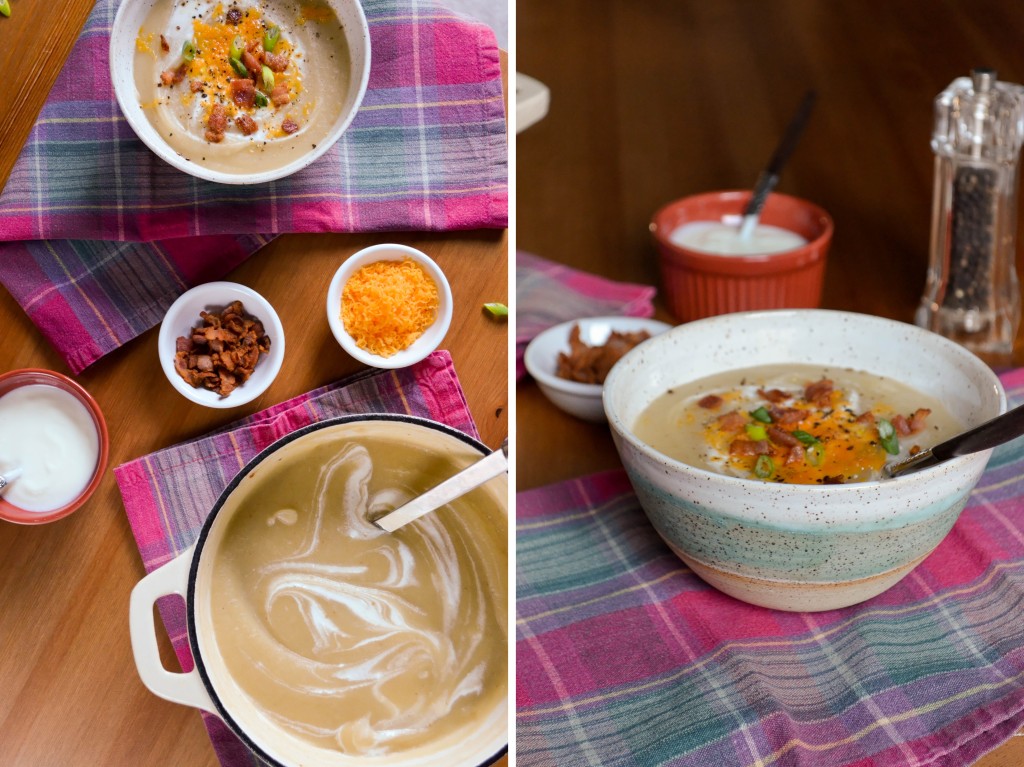 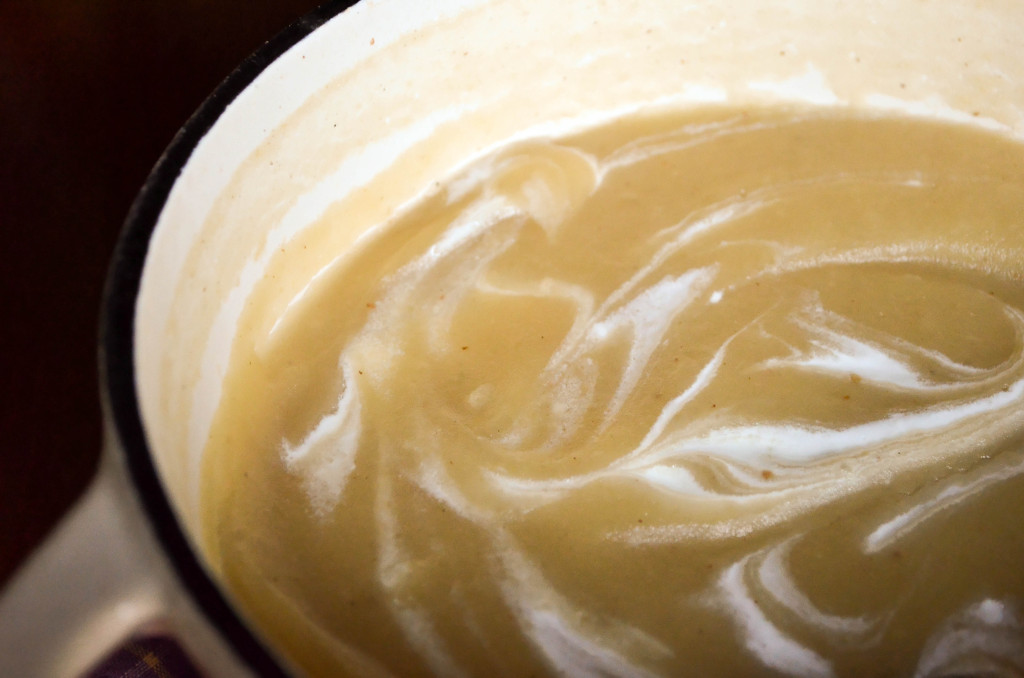 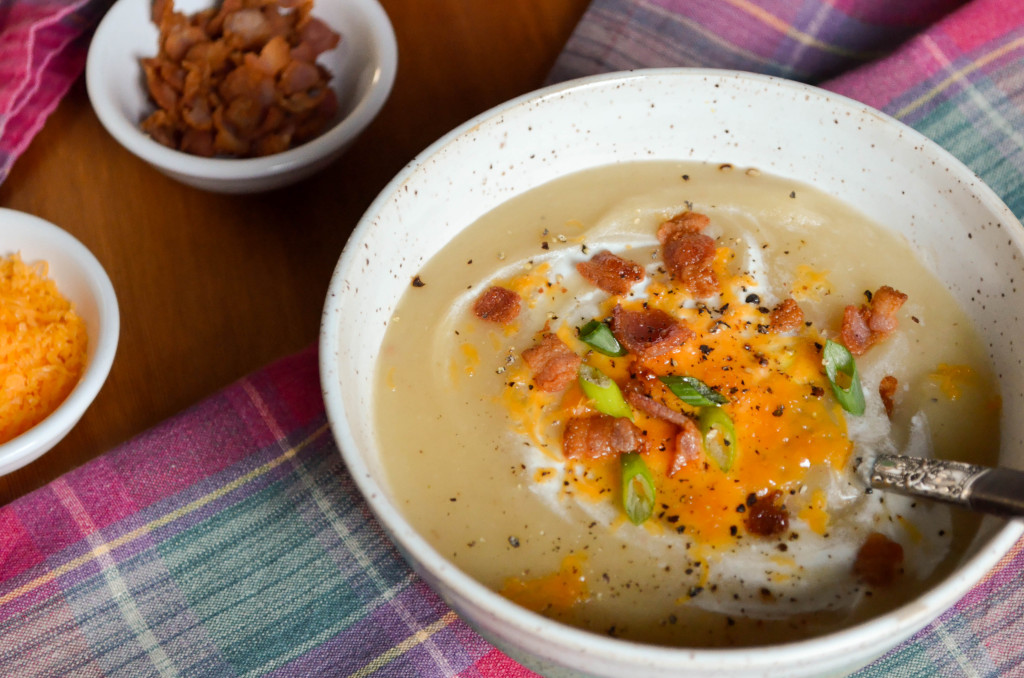