In the iconic 1963 photograph of Elizabeth Taylor as Cleopatra on the set of Cleopatra, the image of the Egyptian Queen reflects the modern interpretation of her legendary beauty while also preserving her authentic ancient iconography. 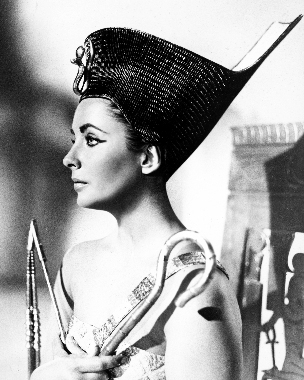 END_OF_DOCUMENT_TOKEN_TO_BE_REPLACED

Jane Austen’s Pride and Prejudice and George Eliot’s Adam Bede seem different on the surface. While Austen’s novel provides a voyeuristic view into the trivial concerns of the idle upper class in Regency England, Eliot’s novel delves in to the dark consequences of Murphy’s Law for the working class of rural Regency England. However, both novels explore the universal fundamentals of what it means to be a man or a woman in the pre-Victorian time period. Though these two novels differ in the level of autonomy granted to the female characters, the consequences of failing to marry and their depiction of strongly defined gender roles, they similarly show female characters that choose their own spouses, maintain a similar societal view of spinsters and work with the same social constructs of gender. The differences shown between the women of different realms of society belonging to the same time period, along with the similarities between the conventions governing the interactions between men and women in both Austen’s Pride and Prejudice and Eliot’s Adam Bede result in two novels that conform to the standard drama of the sexes. Neither of the two novels substantially deviates from the constant that requires a plot involving a relationship between two or more members of the opposite gender to explore gender roles, cast a critical glance at the society the characters exist in and address the repercussions that result from a character deviating from the rules of society. This paper will primarily compare and contrast the characters of Elizabeth Bennet and Mr. Fitzwilliam Darcy in Pride and Prejudice with the characters of Adam Bede and Dinah Morris in Adam Bede. END_OF_DOCUMENT_TOKEN_TO_BE_REPLACED

The trailblazers for women on Wall Street were not involved with the feminist movement during the early days of their educations and careers (Fisher 2010:263). Despite this, they, through the creation of a group for professional women in finance, opened the door for the following generations of Wall Street women to make a significant impact on the lives, rights and career potentials of women around the globe. END_OF_DOCUMENT_TOKEN_TO_BE_REPLACED

I love movies. I love costumes, sets, writers, lighting and videography. When I ask my friends, “did you notice that this movie was shot in Technicolor, despite it being an outdated film type at the time?” they frequently respond, “no, why would I and why do you know that?” I am a true lover of movies; therefore, I have seen an awful lot of them. END_OF_DOCUMENT_TOKEN_TO_BE_REPLACED